How to Unlock a Seized Engine – Simple Tips by Expert

If you own a car, there might be some instances when your car makes a loud crackling sound instead of starting. This sound is continuous, and in the end, the vehicle doesn’t startup. It happens when the engine is seized or locked. Generally, the engines are seized due to the lack of proper oiling. If the oil is not adequate for the engines to work properly, there are chances of small to major damages to the engine.

How to Unlock a Seized Engine

In case you are new to car driving and are learning all the tips for beginners, then you must be wondering how to tell if the engine is seized. Don’t worry; I am going to describe the factors that indicate the locking of the engine along with the ways for unlocking in this article.

How to Tell if the Engine is Seized

If you have never experienced an engine seizure, then you should know all the ways to detect the locking of engine for safety purposes. There are many reasons for the engine seizing such as the following 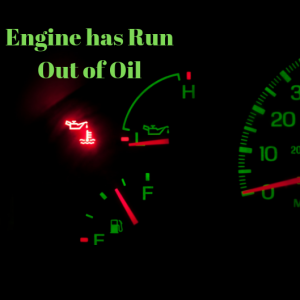 Now, let’s take a look at the signs that point at engine seizing

All of these are the indicators that the engine has seized or is going to seize in the future. Do not ignore these signs and repair the engine as soon as possible.

Since there are several factors that can seize the engine, I will describe the most common ones along with their solutions. This will help you pick the best solution according to the situation. Read on:

In case of a hydro lock

Engines can get locked due to the high amount of water in cylinders. This locking due to water is called hydro lock and it can seize the engine. Make sure that cylinders have sufficient oil so that the engine works properly. In such a situation, remove the spark plugs from the cylinders. If releasing spark plugs start the engine, then you have to find the cause of the hydro-lock. If you suspect hydro lock, then crank the engines over and let the water pump out of the cylinders. This process helps in unlocking the engine. Sometimes it is due to a failed turbocharger.

The most common cause of the seizure is oil starvation. Another reason is when it is sitting for a long time. To combat this pull the spark plugs out, fill the cylinders with engine oil and allow it to sit for few days. Try turning it on over a breaker bar. If it doesn’t start over, then you have to pull it apart and rebuild it to ensure it’s properly working.

There are instances when the fuel gets converted into vapour due to excess heat. The fuel pump can’t move this fuel vapour. This vapour thus ends up seizing the engine. The locking of the engine due to the fuel vapour is called engine vapour lock.

In such cases, the engine can be unlocked by condensing the fuel vapour. For doing that you can let it sit for some time and try to start the engine. If the engine doesn’t start, you can try splashing cold water on the fuel pump and lines. This helps to condense the fuel back to liquid.

What if it doesn’t start at all?

The engine can stop working while driving on the road due to excessive heat or due to oil starvation. Generally, the engine doesn’t start when it gets locked. You should try all the above-stated methods to see if it works. But if the engine doesn’t start after trying so much then put your gear into neutral and park it on the side of the road. There is no other way but to either repair the engine or to replace it.

1) Can you fix a seized engine?

Yes, you can fix it unless it happens while driving. In this case, you will have to go for replacement of the engine or a repair based on the damage.

2) Will a seized engine start?

No, it won’t. The engine refusing to start is the primary sign that it is seized. This means that no matter what you do, it won’t budge.

3) Can too much oil seize an engine?

Engines need proper lubrication. If that doesn’t happen, i.e. if you overdo or underdo it, chances are that the engine will seize.

4) How long does it take for an engine to seize without oil?

If there’s no oil, the engine will work hard for 10-15 minutes before it seizes.

5) What if I overfill my engine oil?

In this case, the crankshaft may come in contact with the oil, leading to aerate. It will end up becoming frothy, which is not the right consistency or substance to lubricate the engine. Lack of lubrication causes the engine to seize.

Check the dipstick to understand the ideal range. If you overdo it, let some come out before you start the engine. There is no point risking problems when there’s too much oil.