The Ford 6.7 power stroke engine is actually quite popular – and for a good reason too! It has multiple raving reviews and is known to perform very well. However, there are always lingering doubts. For example, is the 6.7 power stroke reliable? Will it last for thousands of miles without any hassle? Should you go for it or choose another option?

To answer all these questions, we have decided to give you an honest review. Please read on to find out everything you need to know about the 6.7 power stroke engine.

A brief about the engine 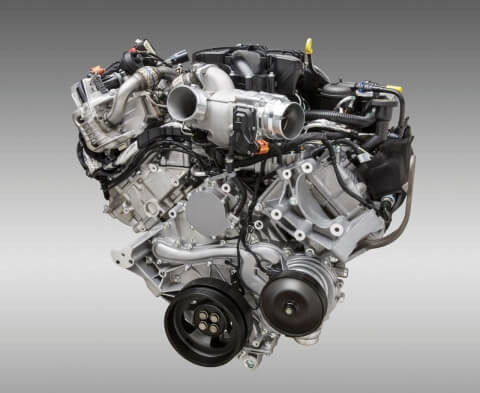 The 6.7 power stroke is a turbocharged diesel engine. Its cylinder is made out of graphite iron (compacted), which is a unique feature because most engines use cast iron. It also has a steel crankshaft, cast iron pistons, and connecting rods made out of powdered metal. Below are a few important specifications:

No machine is devoid of problems. The 6.7 power stroke is no exception. However, most problems are isolated and very few owners have reported them. Having said that, let’s gloss over these problems now:

Is the 6.7 power stroke reliable?

Now to the million-dollar question. Is the 6.7 power stroke reliable? We would say absolutely, yes!

You will see that most of the problems noted were in the initial models of the engine. The latest ones are actually very good with excellent efficiency. The only thing that you need to remember is servicing. Ford recommends service intervals that you must follow. If you do that, you will sail smoothly even beyond 300,000 miles!

Of course, a few problems may arise every now and then but they will be minor and nothing that a servicing session cannot fix. If you face any bigger problems, though, we advise you to head to a Ford station to get it checked out.

If you have any more questions about the Ford 6.7 power stroke engine, please feel free to comment.