Does Ford own Cummins? – Know the Real Truth about Cummins Engines

One question that I frequently encounter while talking to automobiles enthusiasts is that does Ford own Cummins?

Does Ford own Cummins?

The answer is no, Ford never owned Cummins and it doesn’t own it today either. It is a myth and has its own little story of why this rumor started going around. However, the people said that it could be true because Ford Motor Company had bought 10.8% shares of the diesel engine manufacturer back in 1990. Cummins had cleared the air around this rumor in the May 2013 newsletter, where they said that Ford owned some of the shares of Cummins, which was repurchased in 1997 by them.

A lot of people also have this misconception because Ford started using Cummin diesel motors in their F650/F750 medium-duty trucks. The shares and the use of the engine from this brand made people think the Cummins is owned by Ford, which is certainly not true. In fact, for the people who don’t know, Ford had offered Cummins diesel motors not only in their medium-duty trucks but also with the Power Stroke. Also, the 6.7L Cummins Turbo Diesel was the only available diesel engine for F650/F750 in 2010-2015. These models also came with Alison Transmissions, but Ford later decided to stop using Cummins diesel motors and Alison Transmissions as a part of cutting down the cost.

So for setting it straight, neither Ford does Dodge, Fiat or Chrysler own the Cummins. It is an independent company that had made a partnership with Ford, Dodge and Chrysler. There are a lot of myths around the brand and its ownership due to such investments that were done by the companies.

A little about the brand Cummins Engine Company 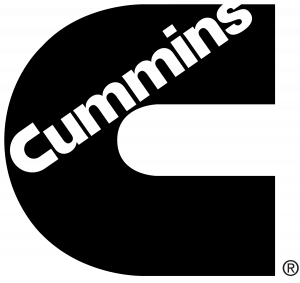 Cummins is an American corporation that is into designing, manufacturing and distributing engines, power generation products and filtrates. William Glanton Irwin and Clessie Cummins, a local mechanic, had founded the Cummins Engine Company in 1919 in Columbus. The brand is headquartered in Columbus, Indiana, United States. The company also provides services for fuel systems, engines related equipment, electrical power generation systems and others. It initially paid more attention to developing the diesel engines in their earlier years. If believed to some sources, the partnership of Cummins with The Dodge Ram actually saved the company as at that time it was third to Ford and GM trucks. Cummins has more than 6000 dealers globally and is sold in approximately 190 countries today.

So I guess by now it is clear that Ford never owned Cummins, it just owned some shares of the company. There was no exclusive partnership between the companies either and that is the reason that Cummins had partnered with other companies as well. The company had brought all its 1.3 million shares back in 1997 and there are several records present for the same. And when we talk about quality, Cummins is undoubtedly one of the leading manufacturers of diesel engines. So next time someone tells you that Ford owns Cummins, correct them, or maybe show them this article.